Founded in 2003, by Diosdado Salvador, Jr. and Josiah Go, Markprof has scoured the country every year for 25 talented young individuals to receive an exclusive, once-in-a-lifetime opportunity. 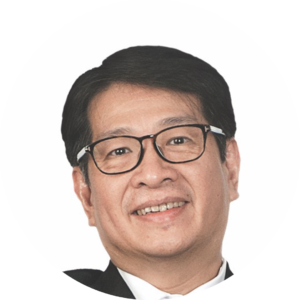 Apart from his multitude of accolades as the Chairman, Vice-Chairman, and Director of over a dozen companies, Josiah Go is most actively known as the Chairman and Chief Innovation Strategist of Mansmith and Fielders, Inc., as well as the Chairman of Waters Philippines, the market leader in direct selling of premium home water purifiers in the Philippines. A thought leader with 18 bestselling and record-breaking marketing and entrepreneurship books, Josiah has taught at the De La Salle and Ateneo Universities, and is a known speaker and marketing seminar facilitator with over 1,000 talks under his belt. He is an Executive Scholar of the Kellogg Business School under Marketing and Sales Management, as well as the MIT Sloan in Strategy and Innovation. He also took advanced marketing programs at Harvard, Wharton, and at the London Business School before paving his way with more milestones in the corporate marketing world.

Considered as one of the country’s most respected marketing gurus, he currently stands as the most awarded business educator of the Philippines, starting with his recognition as one of the Agora Awardees in 1994. This success was soon followed by more in the next decade: Josiah was named one of Ten Outstanding Young Men (TOYM) in the Philippines in 2001, then earned his place as the first and only Filipino awardee in the category of Business Education during the Ten Outstanding Young Persons (TOYP) of the World awards in 2002, an achievement granted by the World JCI during a competition of over 1,000 TOYM’s. In 2007, he gained one of two Lifetime Achievement Awards by the Association of Marketing Educators – the youngest recipient bestowed with this honor. Two years later, Josiah Go was given the Brand Leadership Award during India’s World Brand Congress, and his cumulative accomplishments were justly recognized by the international community during the 10th edition of the International Who’s Who of Intellectuals, held in England.

Leading the charge for aspiring Filipino marketers, Josiah became the first Filipino to have completed the Blue Ocean Strategy qualification process in the Blue Ocean Institute in INSEAD, France, and became the first in the Southeast Asian region to teach the 3-unit, full semester course in a university setting. His breadth of experience in the field of marketing has forged his skills in innovation, data-driven entrepreneurship, market-driving strategy, business model innovation, 5 skills of Master Strategists, and a mastery in Marketing Defense strategies. His industry affiliations include his position as National President of the Philippine Marketing Association (1991), Chairman of the Direct Selling Association of the Philippines (2002), and the National President of the Association of Marketing Educators (2004-2005). 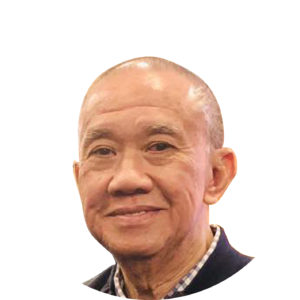 Diosdado C. Salvador, Jr., or as he is more commonly referred to in the industry, Ding Salvador, is an extremely decorated marketer and international strategist for business transformation and leadership. He graduated from both Ateneo and La Salle in the 60’s before moving up to the Asian Institute of Management in 1976 as a proud alum under the Advance Management Program. In 1993, he emerged as a prominent student from Harvard Business School, specializing in Advanced Management. His career only took off from there, coming home to opportunities in corporate that would see to his flourishing career over the next couple of decades.

From 1969 to 1980, Ding served in multinational company Unilever, leading teams as Group Product Manager. Then in the early ’80s, he worked in Richardson Vicks as the General Sales Manager until another shift to Colgate Palmolive’s Philippine office as Sales Manager, which he lent his talents to for four years. Setting the stage for his future achievements in the multinational corporate circles, he earned himself a well-deserved position as Managing Director of Johnson & Johnson Indochina from 1995 to 1998, Johnson & Johnson Thailand from 1994-1995, Vice President of Johnson & Johnson Philippines in 1991 to 1994, and Director of Sales from 1989-1990. Working his way up the ladder, Ding proved formidable in his market intuition and business-savvy, eventually becoming the ASEAN President of Johnson & Johnson’s Asia-Pacific branch – a historical accolade as he was the first Filipino professional to be granted the position. In this monumental role, Ding was responsible for the development, control, and profitability of ten ASEAN markets, namely: the Philippines, Thailand, Indonesia, Singapore, Malaysia, Vietnam, Myanmar, Laos, Cambodia and Brunei. In 1998, he was awarded by the Asia-Pacific Agora Award for Marketing Excellence for his outstanding achievements in Marketing for the Asia-Pacific region.

Although he has moved towards a quiet retirement in the last couple of years, he has found himself in new roles to help shape the new generation of marketing mavens. Some of his worthwhile pursuits in the industry include major contributions as the Managing Consultant for Filipino toothpaste manufacturing giant Lamoiyan Corporation; a Trustee in Galing Pilipino Movement; a Professorial Guest Lecturer at the De La Salle Graduate School of Business; Chairman, President, and Owner of ForeNet, and the Chairman of MarkProf Foundation, Inc. 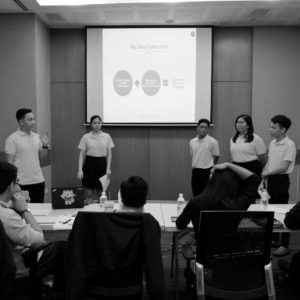 Learn more about what drives MarkProf into mentoring the next generation of marketing professionals from across the country. 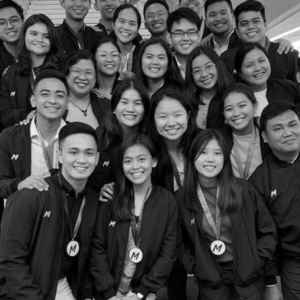 Read about our proud MarkProf alums, and how their Bootcamp experience set the tone for their lifelong success in marketing and sales.